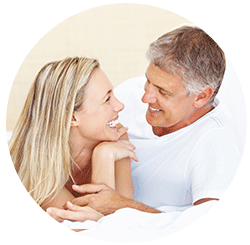 Bhrt usually pertains to the hormones estrogen, progesterone, testosterone and DHEA that are compounded or mixed together by a compounding pharmacy specifically for each individual. Tampa Bay Area Bioidentical Hormone Physicians in the Tampa-St. Petersburg-Clearwater Florida area can prescribe BHRT to fit each patients unique health needs. Bioidentical Hormone Therapy can be conducted orally, via injection, through a suppository, patches, and applied via creams and lotions. Bioidentical Hormone Replacement Therapy is generally more cost effective than brand-name products used to treat symptoms of hormonal imbalance and other more serious illnesses.

Increased Libido
When levels of androgens are low, one of the first symptoms noticed and reported by women is decreased libido or sex drive. BHRT can replenish testosterone levels, thereby, increasing sex drive through the utilization of this most prized sex hormone.
Increased Sense of Positive Well-Being
One benefit of Bhrt often overlooked is an increase in the sense of positive well-being. When testosterone and other hormone levels drop, this can sometimes produce anxiety and depression in men and women. Androgen levels have been shown to affect how individuals feel about themselves, especially testosterone and cortisol levels. Experiencing symptoms like decreased libido, and low energy levels can lead to diminished feelings of positive well-being. BHRT can combat these symptoms and improve how people feel about themselves in the process.
Decreased Fatigue
Low levels of energy are a common among women with low testosterone levels. Testosterone is thought to give people their “edge” or the drive and determination needed to be productive on a daily basis. Numerous studies have reported that restoring levels of testosterone increases viability.
Improved Osteoporosis and Muscle Loss
Are commonly associated with hormonal imbalance, mainly high cortisol and estrogen levels in combination with low testosterone. Balancing these hormones has been known to increase muscle mass and lead to stronger bones.
Improved Sleep Patterns
A decrease in hormone levels can also increase problems associated with sleep, like sleep apnea, a condition where sleep is constantly interrupted due to starting and stopping of breathing, which leads to a decrease in REM during sleep. Originally thought to be a product of being overweight, a recent study found that sex hormone replacement reduced the severity of sleep apnea syndrome by 75% as measured by the sleep apnea index.
Reduction in Metabolic Syndrome
Low levels of testosterone are associated with metabolic syndrome, a cluster of risk factors such as abnormal cholesterol and high blood pressure that increase risk of heart disease, stroke, and type 2 diabetes as well as other serious risks to health. In a recent study, those treated with testosterone saw a dramatic decrease of the indicators associated with metabolic syndrome. The results showed an overall decrease in bad cholesterol and triglycerides, but also an increase in good cholesterol. This resulted in a decrease of two to three pants sizes, as well as, a decrease in waist size of three to four inches, without the aid of diet or exercise plan.

Improved Sexual function
Sexual dysfunction can present a wide range of symptoms in both men and women and is can be directly related to hormone balance. More than just low libido, sexual dysfunction can cause real problems in your intimate relationships. Although some symptoms of sexual dysfunction are commonly experienced by women during menopause and even men during andropasue, that does not mean you have to settle for fealing that way. Bioidentical Hormone Replacement Therapy can help you restore your libido and reclaim a healthy and fulfilling love life.
Decrease in Mood Swings
Unprovoked, sudden changes in mood or inappropriate responses to an occurrence or event. Estrogen helps regulate serotonin (e.g., a mood hormone) and when estrogen levels fluctuate during menopause, serotonin levels and mood fluctuate accordingly. Balancing estrogen, testosterone and progesterone levels significantly improves and stabilizes mood.
Improved Memory
Estrogen helps regulate the production of cortisol or the stress hormone. When estrogen levels decrease during perimenopause and menopause, neurotransmitters in the brain can malfunction and cortisol production is not regulated properly, leading to memory lapses. Increasing levels of estrogen eliminates symptoms and restores cognitive functioning.
Decreased Irritability and Anxiety
Irritability and anxiety are generally thought to be the result of high cortisol levels and low levels of testosterone, though high estrogen levels can also be the cause. High cortisol levels diminish the amount of free testosterone in the blood stream, leading to increased estrogen levels and irritability. Women who are irritable or anxious may appear angry, tense, frustrated, sad, demanding, hostile, impatient, defensive and antagonizing. Balancing the levels of hormones like testosterone and estrogen alleviates irritability and helps women focus on daily tasks, rather than the problems associated with the changes occurring in their bodies.
Eliminates Hot Flashes
Hot flashes are sudden and intense feelings of warmth over the face, neck and chest. Replacing hormones that regulate metabolism (e.g., testosterone) decreases the occurrence and severity of hot flashes and improves the quality of life for women experiencing perimenopause and menopause.
Eliminates Night Sweats
Night sweats in women can be a signal of hormonal imbalance and perimenopause. It’s generally believed that the hypothalamus receives false signals that the body is overheating and begins to release the excess heat. Since the body is not overheating, night sweats or hot flashes can occur. This is brought on by an imbalance of testosterone levels and cortisol levels. Bhrt can restore testosterone levels which helps regulate cortisol production and eliminate night sweats and the sleep problems associated with them.

Bioidentical Hormone Replacement Therapy can transform the way you look & feel – for good. Contact a Tampa, St. Petersburg, Clearwater Area BHRT Doctor and get back to being you. 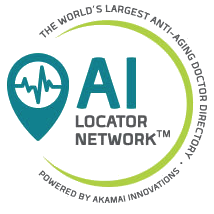